I have used proprietary operating systems since I first found an affiliation with computing. I don't know why the draw to computers is so strong with me, I seem to end up working at them without even really thinking about it. A break is never a break, as the next project or research or idea creeps into fruition. Before I know it I am back at the keyboard hammering away.

I use Microsoft Windows at work and have also experience with Apple Mac computers. Windows, these days, wants to update in its own time, on its own terms, usually without even letting you know this is happening. You switch off your computer at the end of your session and you are met with the all familiar 'Windows is updating your computer' screen.

I own my computer, and I want to be able to decide when to update it. This is not an issue with Linux, you update your computer when you desire, not when you are told to.

We were also asked to setup a users new laptop recently at fortlands IT, and it seems you cannot setup an OEM version of Microsoft Windows 10 Home without creating an online account. I find this ridiculous, its just another huge step towards more data harvesting of its users. This is a terrible invasion of privacy in my opinion.

Using Linux based operating systems is a huge breath of fresh air for me. No online user accounts are needed to run the OS, no unscheduled updates are run without my permission. These are another two reasons why I use Linux as my daily driver. Anything that I can do to make me feel that I am taking (however small) a stance against data harvesting and being in control of my IT destiny, helps me sleep a little better at night.

Click on the sandy entries to expand the articles.

This is a multi part post discussing the reasons I use Linux. In the previous post I touched on the idea that the code is open source available for all to see. In this post I want to speak about the licence model. I know this may be a dull topic for some, but it is key in the proliferation of the GNU/Linux operating system.

The GPL (General Public Licence) is one of the most popular software licences in free and open-source software. It was created by Richard Stallman, a free software movement activist. In its simplest form, you as a user are allowed to copy, modify and make all improvements to the code available to the upstream developers of the software.

So what does this mean for you? With Linux, you can install the operating system and its programs on as many computers as you want, for free. You reap the benefits of all the modifications that developers make to improve the software without being tied to a paid subscription model which has been made popular these days.

Would you like to use a free modern office suite? - try LibreOffice, or an excellent modern video editor? - use kdenlive, without being tied to a closed software model.

For me, the GPL creates a more open, friendly, sharing approach to using a computer and computer software. It levels the playing field where all users, despite your financial situation, can benefit from excellent modern software. I also find that it is reassuring to be part of a world where sharing is at the epicentre rather than corporate giants deciding our fate.

I often find myself unsettled in the world today where computer users data is the new currency. When I mention computer users I'm talking about more items that you may initially imagine, namely, the obvious desktops and laptops, phones, TV's, internet doorbells, smart homes, CCTV and I don't want to leave out the much cliche'd internet connected toaster. Information about you is being sent all over the world. It is being analysed and being sold on to third parties for various applications.

When we buy a technological device, be it a laptop, a phone, a doorbell; I want to know that I'm doing as much as I can to be protected from this data mining mania that has swept the world. I find it very difficult to put my trust in these mega corporations that now 'serve' our lives. I need to know that I'm doing whatever is within my power to protect myself from this.

Purchasing these modern devices often come with an operating system, namely Microsoft Windows, Apple or Google being some of the bigger players in the market. I'm encouraged as a consumer to put my faith in these companies which I find very difficult to do.

I use Linux as my primary operating system because the code that is written to create this operating system is available for ALL eyes to see, not just the eyes of the company that created the product. This means that vulnerabilities in the code can be quickly noticed and fixed. It is also possible for people to see every line of code so that they know exactly what their operating system is doing and when it is doing it. Lots of people around the world contribute to Linux and I find it easier to put my trust in those developers than that of a closed proprietary corporation.

So this is my first point, the code is open source for all to see and audit. Please stay tuned for more reasons on why I use Linux.

So, a client recently approached me to see if anything could be done for an old PC he had. It was running an old unsupported version of Windows and it was running too slow to be able to use it anymore. His request presented a challenge because his PC was so old that most modern operating systems do not support his type of hardware anymore.

Free and Open Source software to the rescue! I had recently heard about an alternative Operating System to Windows that would run on this type of hardware through a technical podcast that I host (the Binary Times). I created a test environment and installed MXLinux, a free and open source software distribution that not only provides an Operating System but also a full software suite including internet and office applications, in fact enough software to run any small office. I've included a video on how to install MXLinux and a first look at the OS below. 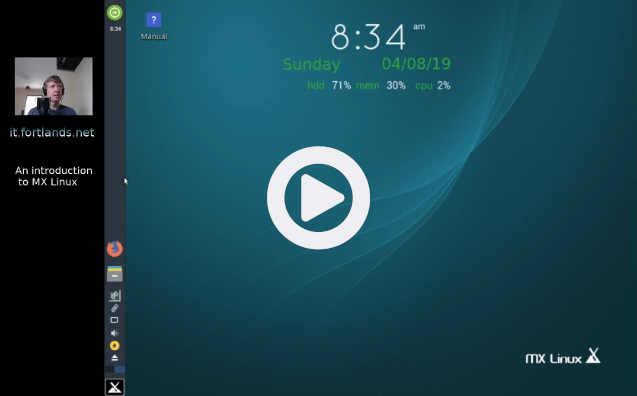 The software distribution ran so well I was able to wholeheartedly recommend it to my client. I explained to him the fact that the software is non-proprietary means that he was not locked into any software support contract with any particular vendor. My client was so impressed with his and the amount of software available that he was willing to install the software on his computer. We proceeded to remove Windows and install MXLinux. My client is really pleased with his decision and loves MXLinux. He finds it simple to use and uncomplicated overall, allowing him to complete every computing task he needs.

Written by Wayne of fortlands IT

I have been an IT enthusiast for over 30 years. I got my first BBC Micro when I was about 14 years old. I sat in front of it for hours, marvelling at its green text based interface. I played the usual games of the era but settled on a game called Elite. I also typed in lots of BASIC programs that came with coding manuals and BBC Micro magazines; I was hooked.

Computers have come a long way since that time and I have kept my interest alive throughout its evolution. I jumped on the MS-DOS (and following that the Microsoft Windows) bandwagon on the first 8086 computers which was amazing at the time. I loved the interface, the introduction of the mouse, graphical interaction and windows for applications. More and more programs were becoming available for this platform and it was a joy to explore the possibilites.

About 10 years ago I discovered Linux and have converted our entire organisation over to Linux. We predominately use Ubuntu MATE as our distribution of choice. Initially we tested many different variations but settled on Ubuntu MATE for the following reasons:

Whats also great about Linux and especially Ubuntu MATE is that it works well on older hardware. I disappove of the idea of sending perfectly good computers to landfill.

Why do I bring this up? If you have an older computer that you'd like us to install linux on and bring it back to life, please get in contact with us. Firstly, we'll tell you if its possible with your machine, and we could take it from there. Its a great way to pass on a computer to a loved one or a friend.

If this interests you, please get in touch

Written by Wayne of fortlands IT

Were delighted to share our tips, tricks and stories from fortlands IT. We hope this info is useful to you and should you need any help with the content discussed here, please do get in contact. 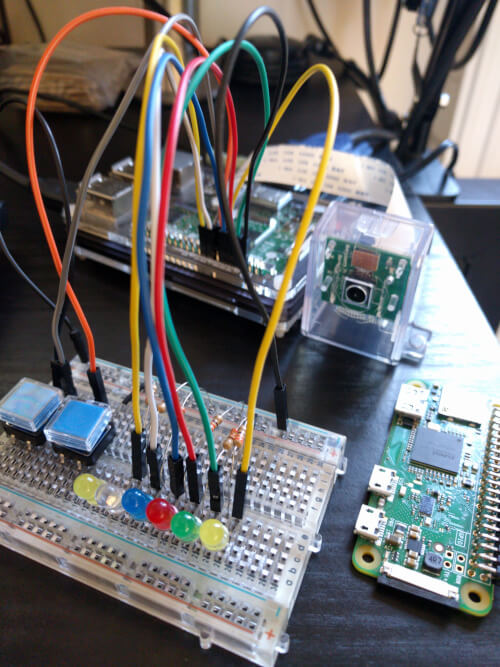